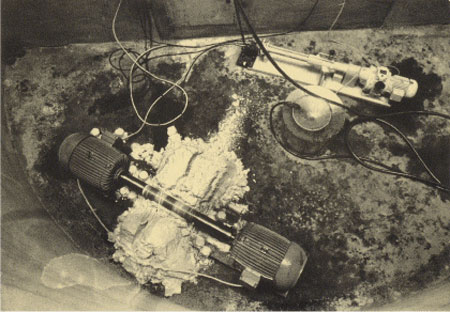 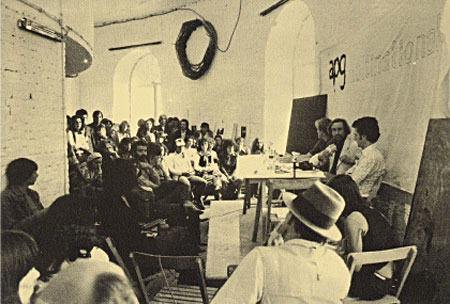 A short text about The Honigpumpe is kaputt
a Physical Illustration, presented by Dr. Martin Heine at the Lawrence Wilson Art Gallery 1999/2000

Honigpumpe am Arbeitsplatz.
In 1977 Beuys presented in Kassel at the documenta 6 the Honigpumpe am Arbeitsplatz (Honey pump at the workplace). Starting from the lowest point of the staircase at the Rotunde, Beuys connected via a pipe system several rooms of the Fridericianum. The idea was to present an installation as a ‘Gesamtaussage’ (collective statement) and a sign for art as a social action.

For Beuys the Honigpumpe was a symbol for the creative mind, and the pump a sign of a social organism that moves the creative desire (honey) trough lifelines (the pipes). The installation was to illustrate an energy stream not unlike human life form.

Beuys explains:
“The Honey Pump is not only conceivable as a thing, as a machine or sculpture. Actually humans belong to this project, which then provide the Honey Pump with potentialities of certain human principles – but ultimately it is a mechanism and can only be accurate in a figurative sense – to illustrate for example circulation processes in sign like form.”
From: Was ist Kunst? Werkstattgespräche mit Beuys pp. 53-55. (my own translation)

The ejaculation of honey from a little tray resembles the dialogue function of art being contained within institutions. In this alternative presentation the Honigpumpe hesitates and dribbles in its creative potential, like a commune of many little gatekeepers dictating the inauthentic praxis of art as a grand art narrative. The lack of pump action is the synthesis, originating from a thesis that promised liberation in art. The dysfunctional pump is a sign for an art praxis of effectiveness, one that merges liberated gestures through false interpretation into an ‘arts-and-crafts’ (Bürger) impression of art.

At that moment when honey engulfed the artist, during the Physical Illustration, a new thesis was introduced to the detached but watchful audience. The artist invited everyone to go outside art rituals and join into an ‘art’ laughter. The social comes together amongst sticky honey and assemblages of second-rate art.

The re-assignment of the avant-garde is now not a move to resistance but to an overall healing, that makes ‘the common’ to collaborate with confrontational motives in art. The Honigpumpe is kaputt takes this into consideration, it expands from Beuys’ installation and transforms the ‘Arbeitsplatz’ into a new, but very different liberating space for art.

The Honigpumpe is kaputt is not an imitation but a consequence from Beuys’ Honigpumpe am Arbeitsplatz. A new chapter in an ironic but liberating art process is revealed, one that challenges the sublation drive of the spectator, the same person who likes to see art function only within social conventions. 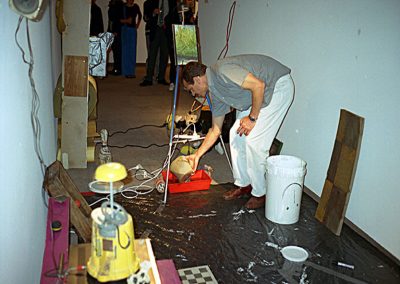 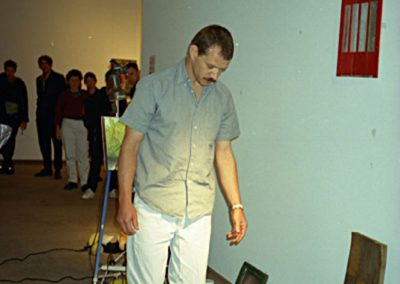 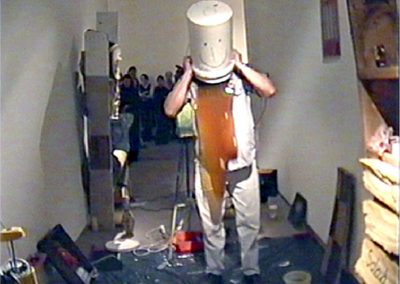 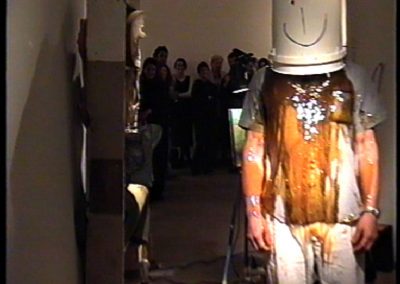 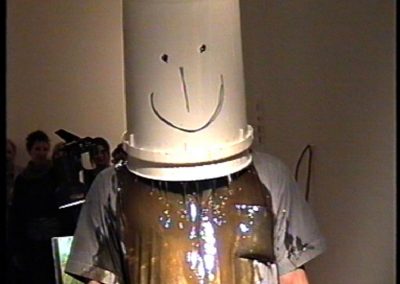 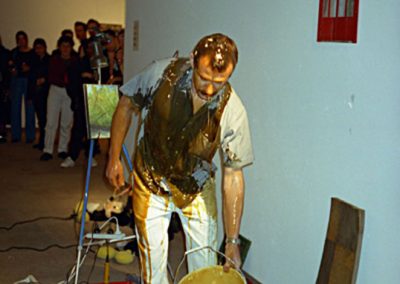 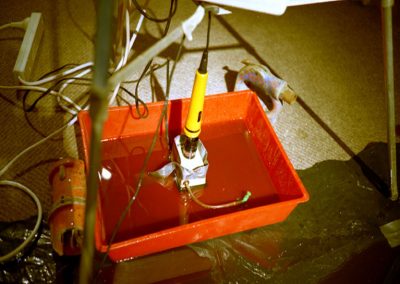 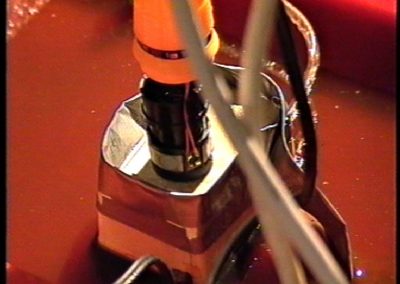 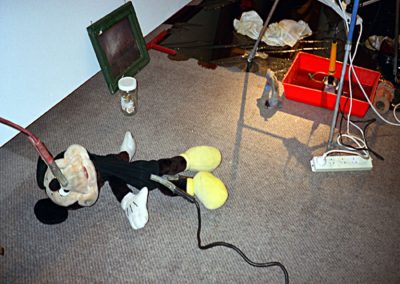 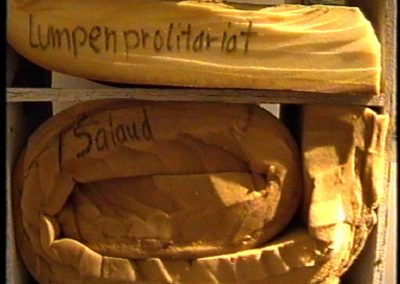 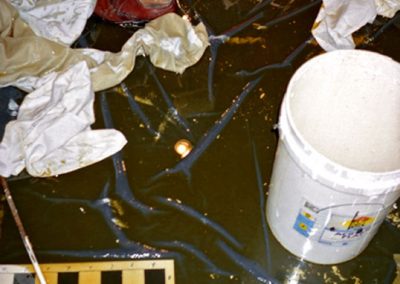